SCENES FROM A STORY

There's a con report coming, with lots of pictures and attendant revelry, but in the meantime, I thought I'd post something a wee bit of fun in the aftermath of Battcon: my task for the weekend was to complete Disciple of the Torrent, an 8500 word story based on the Batavia mutiny.

Which, he says backpattingly, I did.

Yesterday the Battfam and I took a stroll down to the Shipwreck Museum in Fremantle, where we had ourselves a wander around the Batavia gallery and I took me a few snaps as we went.

So, just for a laugh, have yourselves a gander at some snippets from Disciple of the Torrent, illustrated with pictures of the real-life inspirations behind the story:


The storm had turned the world into a swirl of broken lines. Jeronimus Cornelisz stood with his shoulder jammed into the slick wooden wall of the aft quarters and his opposite arm wrapped around the deck rail, and watched the water grab hungrily at the sides of the boat. He loved the storm, loved the way it destroyed the natural order of the Universe. The horizon was an unreachable ideal, the sky an enemy of life, the ordered hierarchy of the Batavia a maelstrom of shouting men and panicking women. This was June as Cornelisz wished the whole year to be. Back home it was a time of warm breezes, long summer days and picnics on the open lawns of Haarlem. But June on the far side of the world demanded rain, and wind, and the chaos of untamed winter. The Sun was low and weak, and fury ruled the elements. It was the torrent brought to life, and the perfect place to rescue his Master.


Above him on the upper deck, Pelsaert and the skipper, Jacobsz, were arguing again. Cornelisz grinned. Jacobsz had been a worthy ally on the long voyage south. Motivated by money, booze and sex, he was the perfect shield between Cornelisz’ ambitions and the ascetic, nit-picking Opperkoopman, always willing to flood his fat face with angry blood, and argue the slightest command. Jacobsz was the dough that soured the batch. It was all Cornelisz could do not to break into a jig to hear him screaming back at Pelsaert while the ship listed and fought the watery demons hammering at its hull. 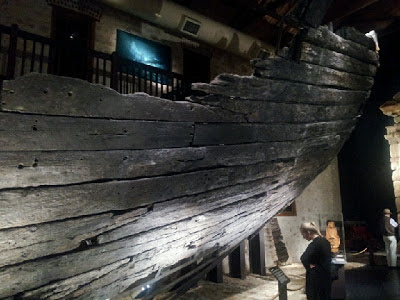 The waves receded. Cornelisz held his breath. The candles under his hands were hot, burning designs into his palms. His mind crumbled under the weight of the spirits leaning upon it. He tried to exhale, couldn’t, panicked for a moment before giving in to the airlessness and the odour of decay within him. The waves sensed his submission, confirmed his obeisance. They crashed once more against his mind, then just as suddenly, were gone.
Cornelisz retched as the salt-and-sweat air of the ship reasserted itself, then quickly removed his hands from the candles. They were cold, of course, the skin of his hands clear and unblemished. He stared at them for a moment, then rubbed them down his vest. A dozen times he had performed this ritual, a dozen grovelling requests to the beings his Master, Torrentius, had introduced to him. Still, he was unnerved. He took a minute to control his ragged breathing, then swept the candles and chalk back into the bottom of his trunk and rubbed out the pentacle with the sleeves of his shirt.
He had barely finished his task when the ship hit the rocks. 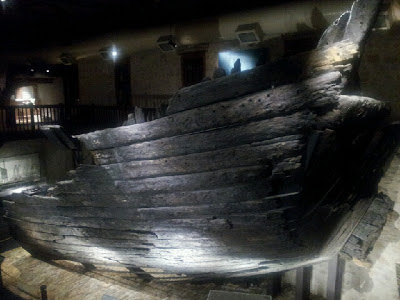 Cornelisz looked over his tiny empire, and saw it divided. Then a fool named Woutersz got drunk—there was always drink, stashed in flasks and bottles by morons who would have been better served to pour them out and dip them in the barrels before they were lost—and bragged about his role in the aborted mutiny, and the treasure that was to be his.


Cornelisz met with his lieutenants. And the braggart was killed, deep in the night, when nobody was awake to see the knife sliding across his throat, and the stein held beneath the cut, filling slowly with blood that bubbled and hissed as it struck cold pewter.
Cornelisz drew designs in the wet sand of the tide line, and poured the hot blood inside. The laughing voices accepted his offer. 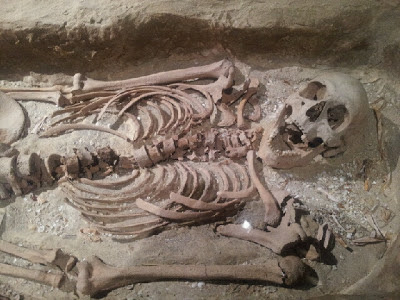 Heat is the source of all change in the world. It can bend and liquefy metal; turn sand to glass; crack stone; turn sprout to full-grown plant. Heat is the lingua franca of the universe, the element that makes magic work. It opens up the walls between the worlds and makes all things possible. The closer to the life force of the universe the source is, the more powerful the magic it makes. Fire is close. Small magics can be accomplished with fire. But for great feats, for opening up a tunnel across the ether between Holland and the edge of the world and dragging a man through, something greater is required.


In the hierarchy of magic, nothing is hotter than blood.


Disciple of the Torrent will be published in the anthology Terra Australia: Great Southern Land, by new press Satalyte Publishing, in early August. I'll post details as they become available closer to the date.
Posted by Unknown at 2:20 pm