It was a good weekend, so it was: three days alone in Margaret River with the delectable Luscious Lyn, with no plans beyond writing, enjoying the view, and sampling the local produce. Having been excluded from recent Eastern states conventions by dint of skintness, we decided to dub the whole thing Battcon, and act like we were at a convention of our own.

Which, from my experiences, usually involves getting pissed as a weasel, facing fan abuse because I don't like the same shows they do, and buying a metric fuckload of books I'd never find in the shops.

So, in the best Con tradition, here's my Battcon Con report, with pictures.

Had the good luck to share a drive down to the Con hotel with the guest of honour, involving some fantastic conversation and only slightly dodgy music choices. Arrived at the hotel at just after 7. The opening ceremony was brief, but took in all the best Con traditions. 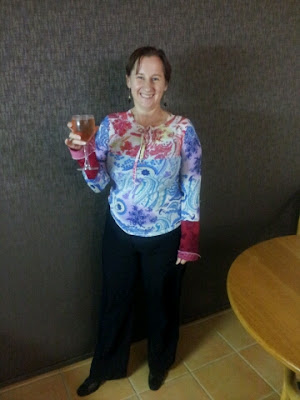 After a light dinner.... 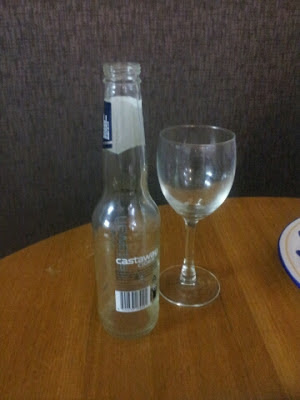 .... we wandered down to the video room and perused the roster for the video stream. 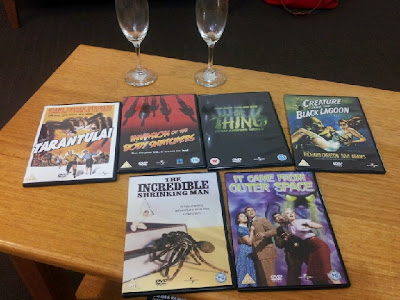 Settled on a comedy entitled Exeter: Space Douche, and spent the evening laughing at a time when Science Fiction was unabashedly misogynistic and racist. Unlike now, thank goodness. 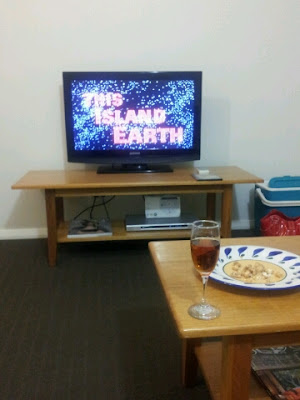 Decided to take in breakfast at the Margaret River Bakery, based on fifteen-year old memories and recommendations from friends. Escaped injury when a jumble sale exploded during the meal. 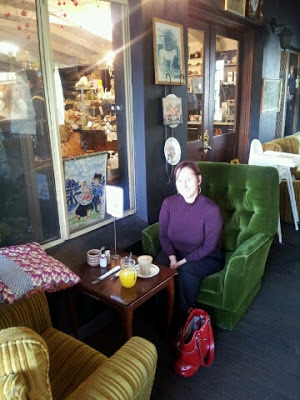 After a quick visit to the Con Art Show, which was sponsored this year by the Margaret River Art Hater's Association.... 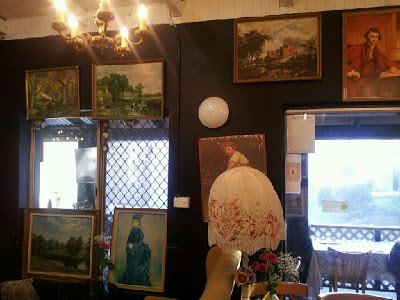 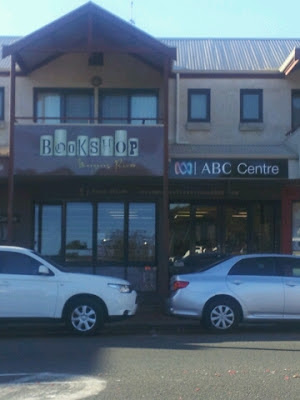 ...where we browsed shelves filled with the finest Australian authors, including such well known Aussies as Tim Winton, Tim Winton, and, uh, Joe Abercrombie. 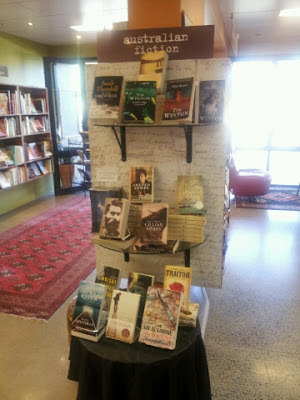 After that, it was down to work. My goal for the weekend was to finish Disciple of the Torrent, an 8000 word story I had promised to deliver by a week after Battcon, and which I had written to the tune of 350-odd rocking words. 3500 words later, the day was pronounced a success. 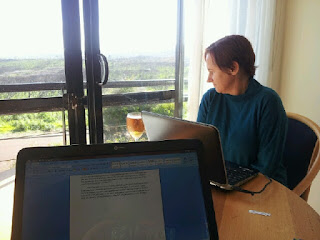 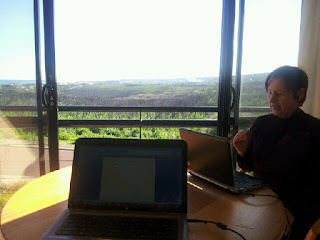 I can't remember if these were taken Saturday or Sunday, but I present them as proof that work was completed. By Lyn, obviously. me, you'll have to take on trust.


After recovering from an exhausting spa session with a quick walk on the beach, we headed out to the nearby Con bar for Happy Hour drinks and dinner. 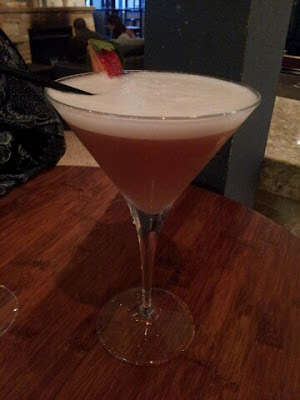 This is a French martini. It's made by combining vodka and raspberry liqueur with pineapple juice and topping it off with a twist of lemon peel. 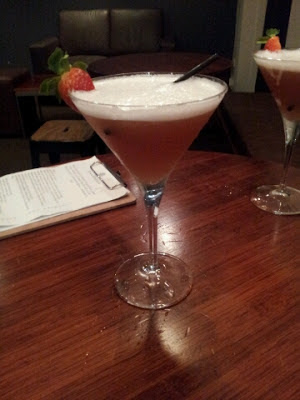 This is a second French martini. 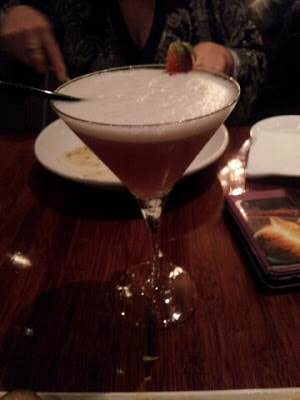 This is a third. 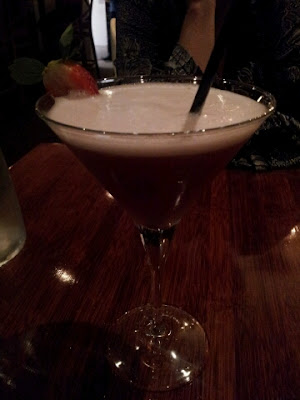 This is a fifth. Somewhere in there was a fourth, but frankly, you should be impressed that I was even capable of holding a camera at this point, never mind counting to five.


After dinner, it was back to the hotel room, and a chance to watch a nature documentary for research purposes. 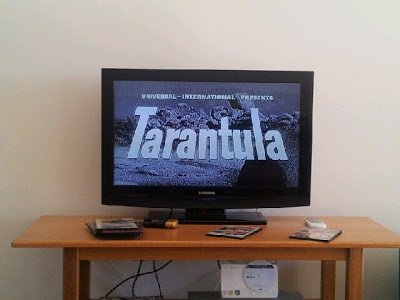 After breakfast it was back to the dealer's room, this time to scope out the merch! 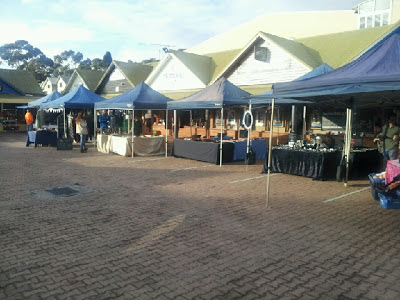 After filling up on essential con items like souvenirs, choc-coated licorice, chili-chocolate peanut brittle and more chocolate, it was back to the room and back to work.

Another 4500 words, and bugger me, but Disciple of the Torrent was declared closed! Following a hard-driving and keenly contested intellectual debate entitled "Which end of the spa do you want?", we ordered some room service-- in best Con tradition, some of the worst fucking food we've ever eaten-- and took a moment to gloat over the Con swag we had assembled: 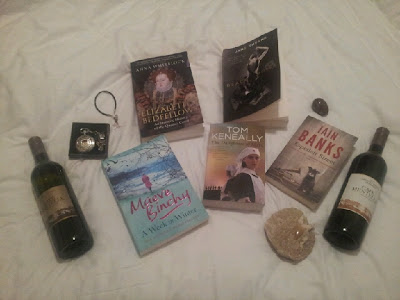 Then, with only a million billion trillion bottles of wine to console us, we once more delved into the best SF has to offer via the video stream. 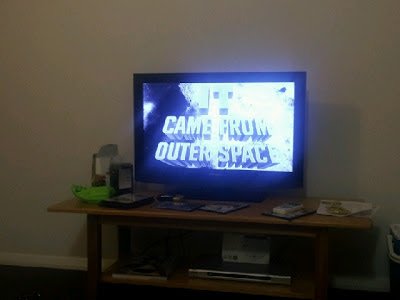 Alas, it was time to leave the Con behind and trundle back to the world of children, day jobs, and fucking day jobs. But not before we dropped into the winery just down the road from the Con hotel. 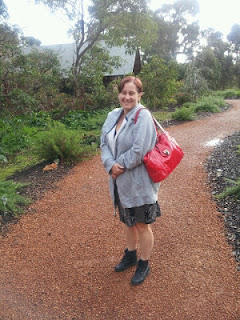 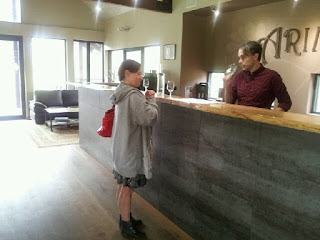 A casual day of wandering up the coast, watching Luscious Lyn engage in wine-tasting geekery, and generally just behaving like itinerant gypsies later, we picked up the kid and became normal people again.

But to prove that a picture tells at least one word, and that word is often 'Whoops', here's a random gallery of images from the weekend. Enjoy. 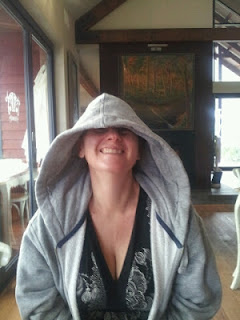 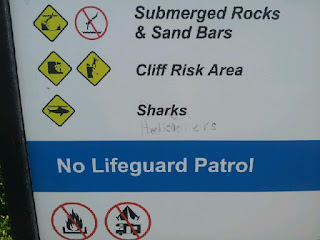 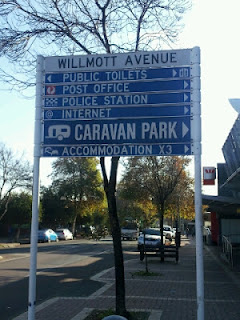 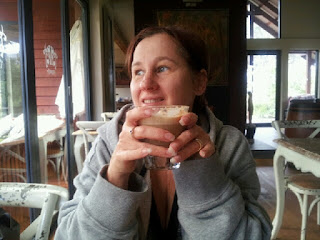 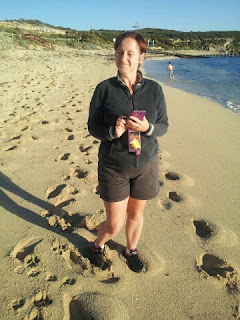 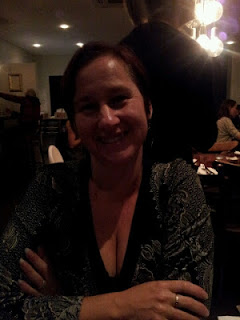 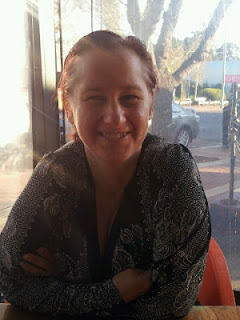 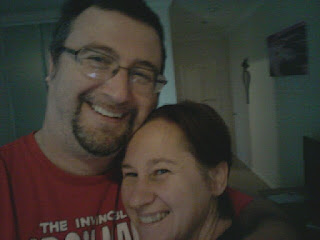 And what self-respecting Con would be complete without a gratuitous selfie?