LET'S GO TO THE LEGO SHOW

It's that time of year again: The Perth Model Railway Show, which contains the only annual Lego display of note in these parts, conducted by the WA Brick Society. The kids and I have been for the last 2 years, and enthusiasm was high for a threepeat. So, leaving Lego-loveless Luscious behind to plough further into modernism and the sexual meaning of Mrs Dalloway (or, as she calls it, her University study), we trooped our way up to the Claremont Showgrounds to see what had been prepared for our builderly entertainment.

What had been prepared was trains. Sounds obvious, perhaps, given that the display is in the middle of a fucknormous model train show, but in the two previous years the Lego display has been a somewhat discrete element of the show, and not reliant on preparing their various dioramas around train lines. Perhaps at the direction of the show organisers, or perhaps simply because they decided to move in that direction themselves, this year a significant number of dioramas contained train lines, even when, in the case of a stunningly beautiful Skyrim village, it didn't quite make sense for them to do so. 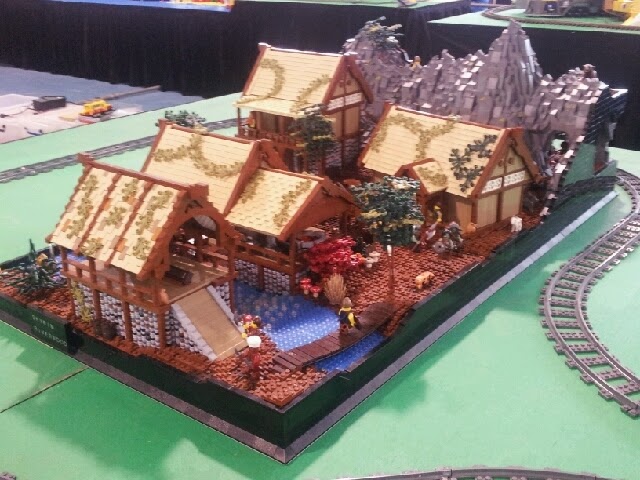 The beautifully realised and quite stunning medieval-style Skyrim village, complete with train track. 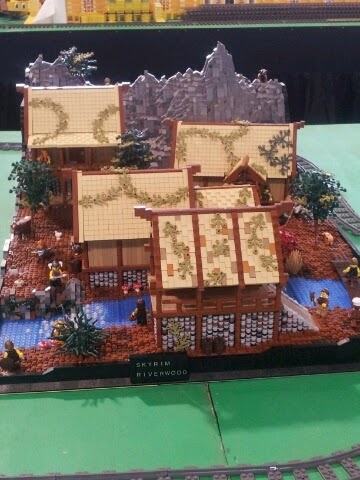 A detail of the simply stunning work on this model.


Another feature was the addition of non-Lego elements: a plethora of plastic toys and doll house features integrated into the display to, as explained by one of the friendly WABS members I chatted to, emphasise that Lego is a toy amongst other toys, and one that can be incorporated into wider play. Fair enough, but I was there for the Lego, so while the other elements didn't detract from the display for me, they rarely enhanced it, and I would have preferred to see more new techniques and builds. That, however, was a personal reaction from a Lego geek, and judging by the depth of the crowd around the displays, did nothing to dilute the display's ongoing popularity. 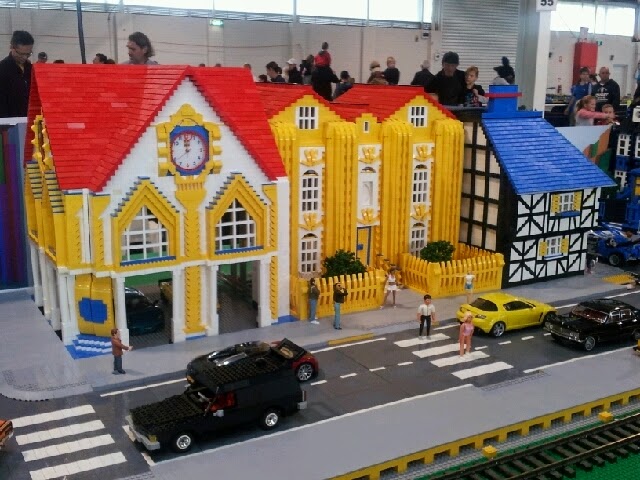 An example of the integration of non-Lego toys into the display: scale model cars cruise past a row of Lego buildings.

A number of elements made returns from previous displays: the disco, island and giant container ship we had seen in both previous visits were there, and I can understand that once you've created such enormous and well-realised creations you want them to be seen as often as possible. For my kids, however, they were simply things that had been seen before, so they were skated past, as were displays where stock sets had been built and incorporated into a display by means of free-building walkways or paths between them. There was momentary fun for the kids in identifying sets we had at home, but it was accompanied by explaining why they then merited being displayed as they were: picky kids! 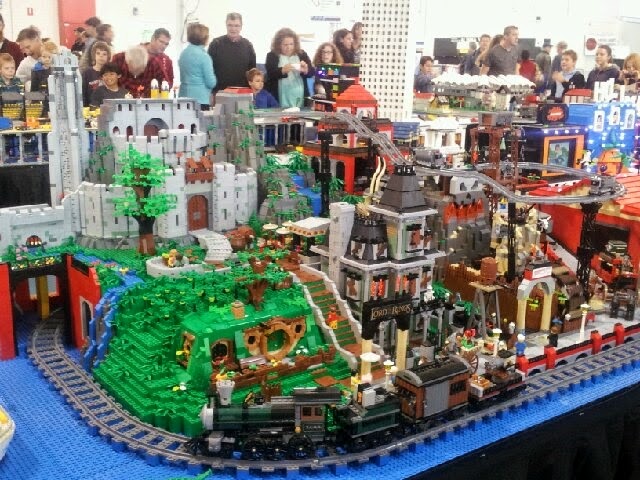 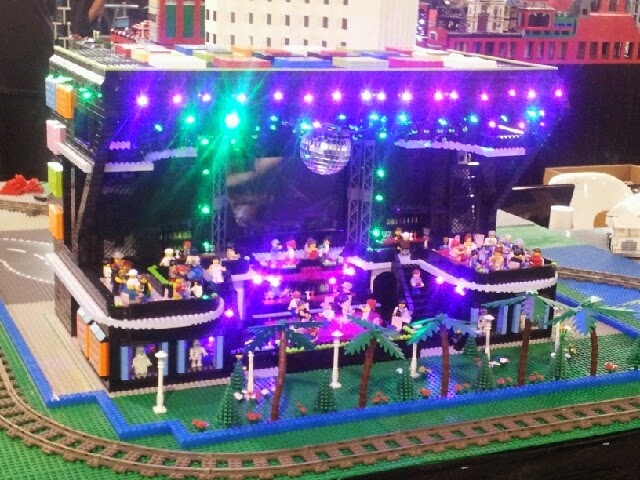 The disco, complete with 'giant' TV screen (showing a Vanilla Ice clip as we passed by) made a return to this year's display. Stunning techniques in this WABS standard.

All of which sounds rather critical. However, I should point out that the reason I go each year is because the skill of these builders is so much greater than my own that it staggers me to see their designs, techniques and creations. Even when creative decisions don't resonate with me-- such as the incorporation of other toys-- the decision-making process is fascinating to me, and the WA Brick Society is the only Lego group in this State with the co-ordination and organisation to create such large-scale designs and put on a public display of works. And their work is incredible.

Or I could just shut-up and show you some pictures. 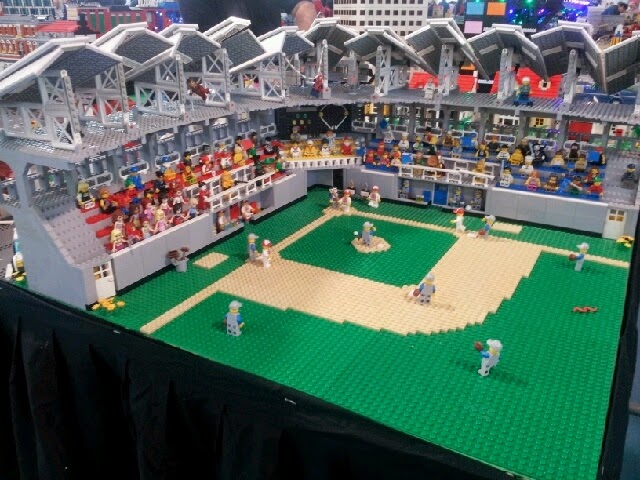 A new highlight: a baseball game in mid-pitch, with incredible detail built into the surrounding stadium and a viewing audience including Mr Burns, a vampire, Iron Man, a witch, a mummy, Spidey... 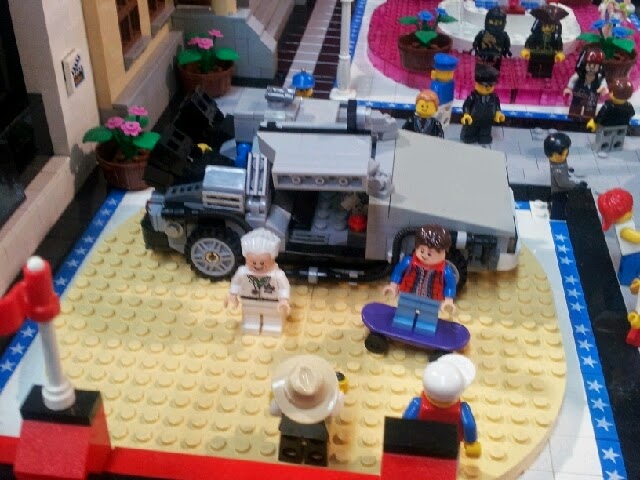 The much anticipated Lego Cuusoo (now Lego Ideas) fan-designed Back to the Future DeLorean set. Rather underwhelming in the flesh (brick?) but incorporated nicely into a wider 'Hollywood theme park' diorama. 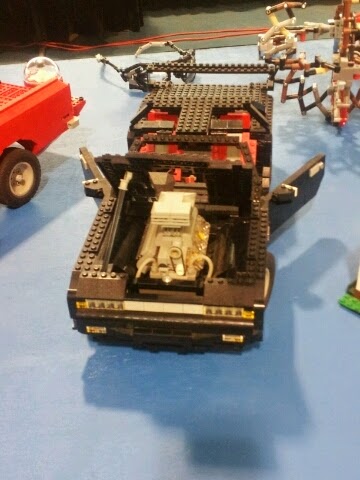 That, my friends, is a donk. 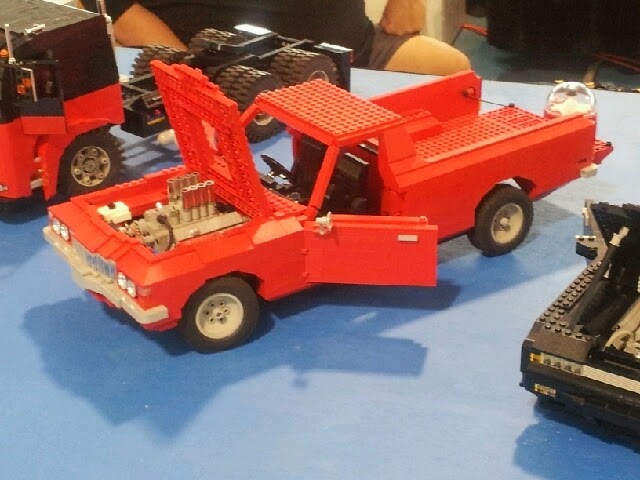 Kingswood V8 ute. Because bricks aren't just for bogans to prop one of these up in the front yard on anymore. 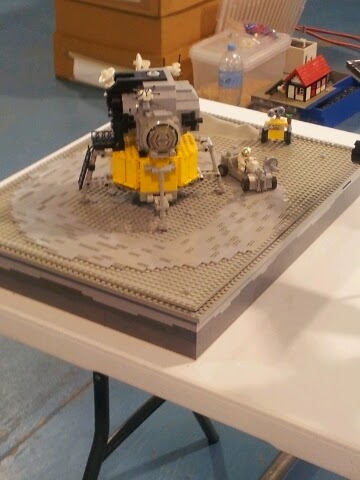 A delightful lunar lander diorama, with moving lunar rover that circled the main set, and visitation from a Pixar buddy in the background. 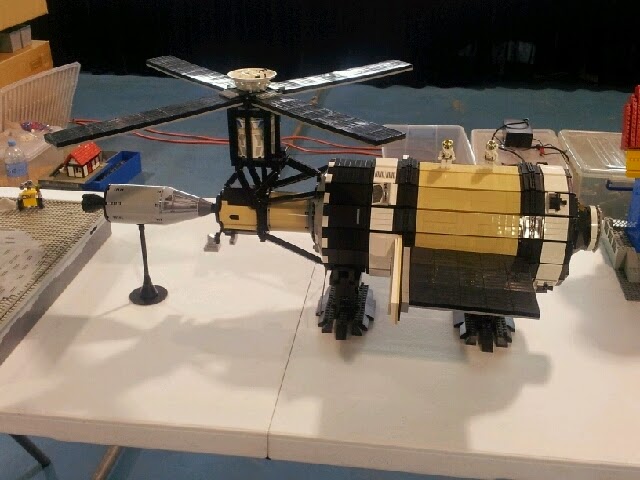 Beautifully realised space station. Some of the 'quiet' techniques used by the WABS members were truly wonderful: this was by no means the flashiest model on display, but the SNOT (studs not on top) techniques are gorgeous.

A highlight of this year's display was a mecha-vs-military display that took up one end of the display space. Sprinkled with what looked, to me at least, like a generous amount of customised 'Brick Arms' parts, it was a fantastic example of what can be done with a strong theme and repeated builds. 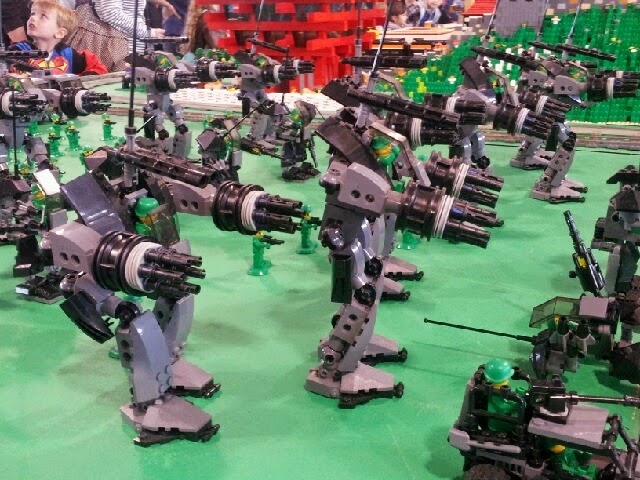 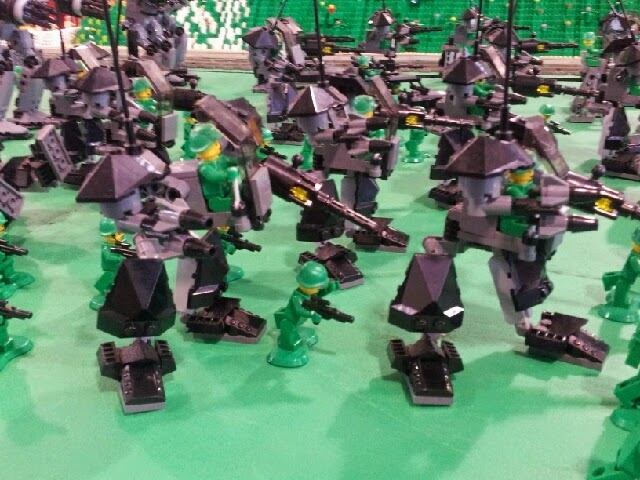 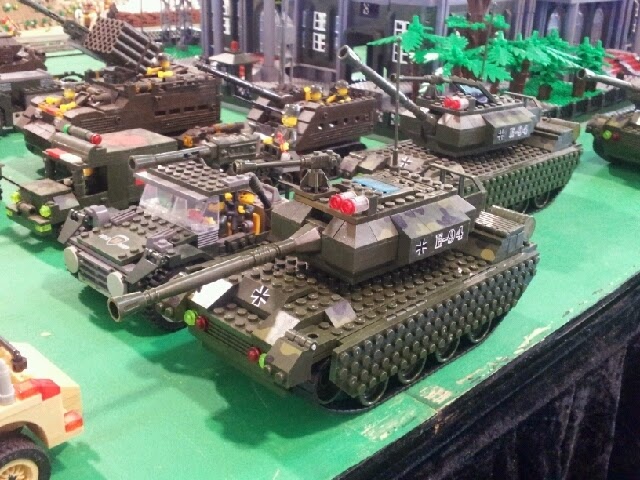 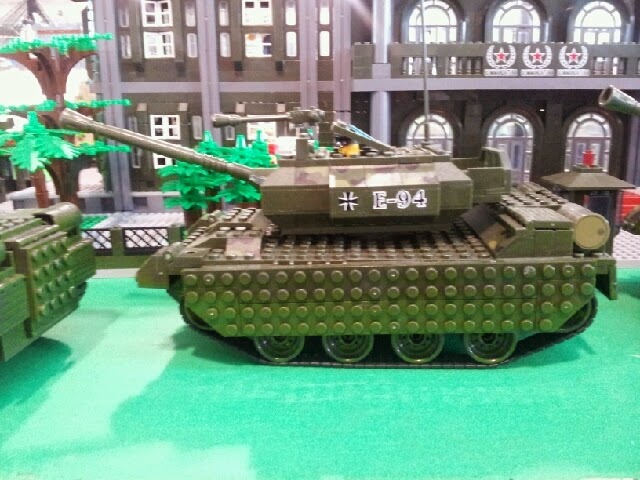 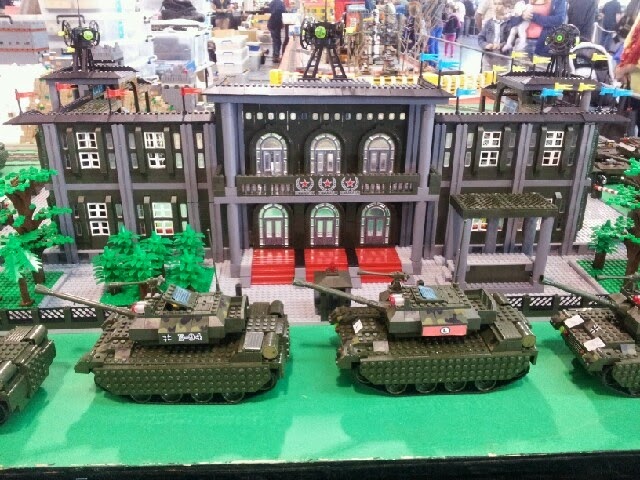