So this is it: the final entry in my Treacherous Carrots series of guest blogs. A massive tilt of the glass to everyone who came along with me on this. Here's hoping you've enjoyed what you've read. But don't leave just yet, not until you've read what Angela has to say. And when it comes to the subject of art, she should know: Her work has appeared Dreaming Again, Strange Tales II & III, Lady Churchill’s Rosebud Wristlet, A Book of Horrors, Mammoth Book of New Horror #22, and Year’s Best Dark Fantasy and Horror 2011. She authored two collections in pretty bloody quick order last year-- Sourdough & Other Stories (Tartarus Press, UK), was shortlisted for a World Fantasy Award for Best Collection, and The Girl with No Hands & Other Tales (Ticonderoga Publications), won the 2011 Aurealis Award for Best Collection. and she's got yet another one coming out soon: Midnight and Moonshine, a collaboration with fellow carrot Lisa L Hannett, will soon be published by Ticonderoga. Their story “The February Dragon”, won the Aurealis Award for Best Fantasy Short Story in 2011. She also finds time to run her own wide-ranging and always fascinating blog right about here.

So here we are. One more carrot before bedtime. 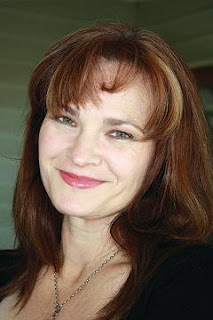 The topic assigned by the boss of the blog is ‘The writer as artist’ and I’ve been thinking about it for a few weeks now, in between other time-consuming and annoying activities (PhD, day job, housework, etc). And it’s been making me grumpy because I can’t put my finger on a specific answer to the implied question. It’s just given me a lot more questions, with no answers.
Where’s art come from?
Is it art just because I say it is?
Is it not art just because I don’t like it?
Is it only art only if paint is involved?
How can words be art?
Who judges its value, gives a gold star, a mark out of ten?
Is art simply doing something for the sake of doing something?
If my marks from the Australia Council are low, does it mean I’m a bad writer, a bad artist, no matter how many awards I might win during my career?
And what’s with this deathless prose gig?
Just because a lot of people buy a book  – just because it’s popular – does that make it ‘art’ regardless of grammar and spelling shortfalls and plot holes the size of the ?
Is art only something no one asked for in the first place? And if it’s something no one asked for in the first place, is it fair to expect to be paid for it?
And I’ve been wondering, do we ever sit down and think before we write ‘Today I’m going to commit art’?
I’m a writer who doesn’t even think about things like themes. I don’t think ‘I want to achieve blah with this story’. I just write – it’s brain-vomit all over the page (which begs the question: can vomit be art?). I’m not a tidy, organised writer – I don’t always know how a story is going to end, and sometimes even when I think I do know how it’s going to end I find out I’m wrong at the – well, end.
Sometimes I know the end but am completely in the dark about the beginning. Sometimes I need to spend ages talking to the main character and coaxing information out of her/him, just so I can find out how the tale starts.
If I’m committing art, it’s unconscious. Writing for me is irresistible – if the urge hits then notes must be made no matter what else I may be doing. This can make boring meetings interesting – ‘What are you writing, Angela?’ – and family gatherings strange – ‘Where is she? Oh, no, she’s writing again.’ At lunch yesterday I was describing the ‘Brisneyland by Night’ novels to my parents, who rolled their eyes and managed to say simultaneously ‘She’s your daughter!’
So a writer, like a prophet, knows no respect. We must get used to it.
The first time my Significant Other witnessed an ‘art attack’ he was somewhat perplexed – understandably, seeing as how I leapt off the couch, shouting ‘Of course! Bleeding the cat!’ and then galloped to the study to write down the story notes before the spark died (and sanity took its place). My stories begin with a first sentence ... or an image in my head ... or they’re set off by the words of a song ... or by looking at a painting or sculpture or drawing ... or just by looking at something in a different way and thinking ‘what if?’
Maybe that’s where art comes from: from asking ‘what if?’ when everyone else is seeing what’s obvious. When everyone else is being obediently blind to possibilities. Maybe art is seeing what’s hidden, what’s possible, what’s potential. Maybe it’s writing that questions the status quo, that points fingers, that laughs when everyone’s telling the emperor he looks fabulous in his see-through pantaloons.
Thinking about the writer as artist makes me nervous because then it makes me afraid that picking apart art is like picking apart creativity in general – in playing around in the innards of something to see what makes it tick you risk breaking the very ineffability of the thing. When you utter the secret name of something, it’s no longer a secret and it loses it power – just ask Rumplestiltskin. And always remember: a frog never comes out of a dissection well.
When I read something I want its effort and artistry to be invisible. I don’t want the writer to draw my attention to how they’ve created an effect – if I’m reading to simply enjoy the work, I really don’t want signposts that say ‘Look how clever I am’. Pointing out the magic tends to make it very ordinary indeed. It’s like saying ‘Look! The angels are on wires!’ Equally, I don’t want to see clunky writing where the seams and stitches are there for all to see. I want the ‘art’ to appear seamless and whole. If I’m reading something specifically to examine the craft, then I am reading in a different way to reading for pleasure – I’m looking for the nuts and bolts another writer has used. Their art is how they have hidden these things.
As a writer, the art for me lies in what I hide and what I show – indeed, what can I show when I’m hiding something else. And what can I hide when I’m showing something again. So here, the writer as artist is the magician, the con wo/man, the trickster. The art is in the sleight of hand; the art of the oblique.
If pushed, I think the art lies in the spark – that moment when you’re writing for yourself alone, when there’s no thought of an audience or possible sales. I think art lies in the unfolding of the story, the rush of inspiration, the chatter of all the voices that live in your head and don’t require medication. Later, there is editing, polishing. Later, there is an audience. I think the moment of true, pure, primeval art lies in the moment of ‘what if?’