Karen Miller is in serious danger of contracting word poisoning. She's been writing professionally since 2005, and since the publication of her first fantasy novel The Innocent Mage has written 17 novels.  They cover epic historical fantasy, media tie-in work for Star Wars and Stargate SG-1, and the Rogue Agent fantasy series under her pen name K E Mills: there's simply too much Karen for one name, and not even in a He's-Fred-but-on-Friday-nights-calls-himself-Jessica kind of way. Her work has been short-listed for both the James Tiptree Jr award and the Aurealis Award, so you know she's damn good at what she does. When she’s not busy at the computer, Karen enjoys acting and directing at her local theatre company. Before she realised her dream of becoming a professional writer, she studied for and was awarded a Bachelor of Arts (Communications) degree and a Master of Arts in Children’s Literature, and worked in a wide variety of jobs, including: horse groom, college lecturer, PR officer in local government, publishing assistant, and owned a specialist science fiction, fantasy and mystery book shop. She's one of the people I seek out to sit next to at cons: literate, intelligent, bawdy and always, always thinking, not to mention unfailingly kind: my first serious contact with an agent was because Karen bumped into her at an airport and thought she'd be a good fit for me. Karen's website and LJ are always highly readable, and so is the article that follows. 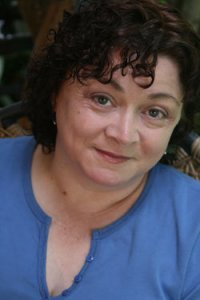 Bravo, Karen. I believe all enjoyable writing needs to inform, to educate and to entertain - and if we're writing fiction, the entertainment bit is paramount.

Sure, I want a story that shows me something about the human condition, but it needs to be via a sugar-coated pill. Sure, I want to learn something new from everything I read, even if it's just that the writer has a gobsmacking imagination, but all the knowledge, all the imagination in the world will not sink in if the piece fails to entertain.

Let's be entertainers, first and foremost, and if we are teachers and artists as well - fine and dandy. But it's up to the audience to decide, once they've been entertained.

I agree wholeheartedly Satima, I pick up spec fic for entertainment and if I happen to learn something new at the same time well and good so long as I am enjoying reading the book.