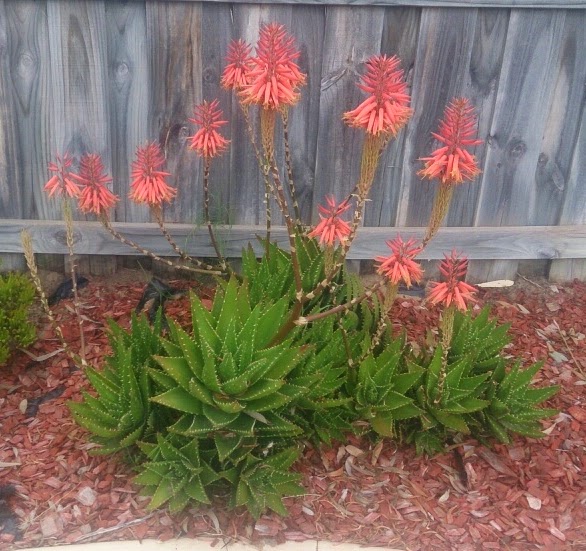 When all's said and done, he's just about my oldest friend. I've known people longer (waves: Hi, Seanie!), but Spike's been my constant companion for verging on 22 years. Other friends have moved away, or moved on, but Spike's been by my side, and in my garden, for literally half my life.

I bought him when I was living in a shared house, just after I'd finished Uni, in early 1993, when I was 22 years old. He sat in a pot, and every time I moved digs, he came with me. Then, when I bought my first house, I planted him properly.

When I moved from that house, I took a cutting, Spike's a succulent, so basically, he's as pod person as a plant can get. Hack off a limb, and you grow a whole new Spike: all you need is potting mix and water. He's my kind of plant: inde-fucking-structible. Spike grew anew. When I moved again, I took another cutting. And again. This time, he's been in the ground almost 6 years, and he's doing bloody well for himself.

When Aiden moved out of his shared house recently, and into a new place with his fiance, I took a cutting, and gave it to him so he could have his own Spike. And I took the opportunity to do the same for Blakey and Cassie, so now all three of my bonus kids have Spikes of their own. And now I'm on the move again.

So, 11 houses later, (including, at one stage, returning to an old house after 6 months, so he was simultaneously in garden and pot!), here's Spike once more, pod-personned up and ready to go: 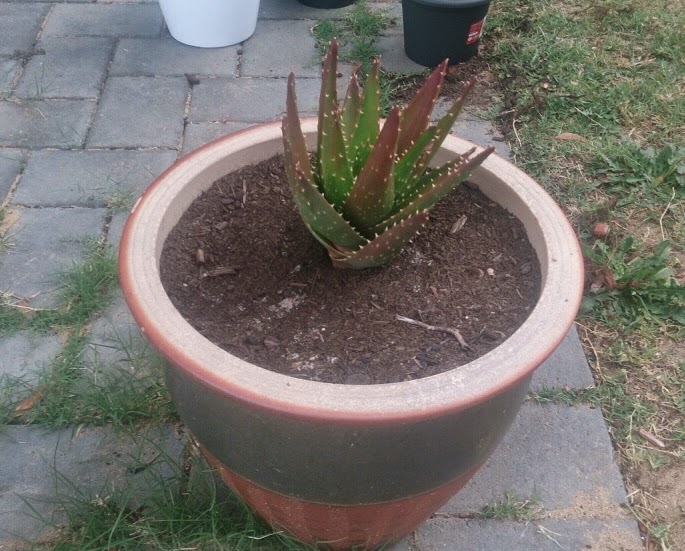