MANFLU 2: THIS TIME IT'S TERRIFYING.

Recently, I blogged about the problems our youngest son has been experiencing with something called Rumination Syndrome, a condition which causes him to vomit in excess of twenty or thirty times a day. It was a post touched with more than a little despair.

About a week ago, a good friend of Lyn's visited for the first time a while, and offered a potential management solution: Lyn's friend has been suffering from cancer, and has responded by 'going raw'- eating nothing but raw food, avoiding anything that has been processed, and eliminating all possible toxins from her system. I'm happy to say that it seems to have been working, but one of the things she mentioned to Lyn was a method of raising the alkali levels of our boy's stomach: a freshly prepared juice of green apples, celery, and mint, with a bit of beetroot every now and again for added flavour.

In the last 4 days, his vomiting has decreased to little more than half a dozen times a day. On occasion, we've even managed to get him into bed without having to change his bedding. This, my friends, is a major breakthrough. He still has episodes-- it's possible he'll never not have episodes-- but for the moment we seem to have found a temporary abeyance, and it's enabled us to visit the touring Egyptian exhibition at the museum, travel to the WA Scale Model Expo, and generally travel around town without having to pack a change of clothes and a three-pack of sickbags just to go food shopping. 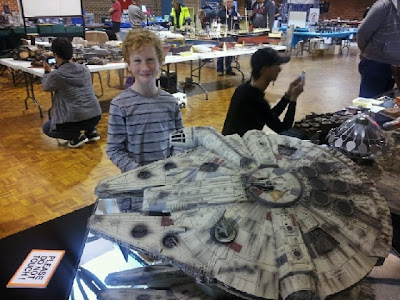 Which is just as well, because since last Thursday....

Luscious woke up with chest pains on Friday, which became a trip to the doctors, which became an ambulance ride to the hospital with a suspected heart attack after a dodgy ECT result. A terrifying eighteen hours later she was released back into the wild with a diagnosis of muscular spasms so sever that they had affected the ECT monitor, but nonetheless, we've been edgy and clingy ever since: she's still in bed three days later, and any but the simplest of movements leaves her wincing in pain.

And our daughter has turned lung-hacking coughs into a diagnosis of bronchitis, so she's lying on the bed next to her mother watching Pretty in Pink and other assorted girlie movies for the next two to three days at least.

I am, literally, the last Batt standing.