There’s been a strange confluence of interest in the Batthouse lately: Aiden and Blake have become fans of the old Universal horror movies, particularly the works of Boris Karloff, at the same time as I’ve become immersed in the reading of two very similar books— Bind, Torture, Kill: The Inside Story of the Serial Killer Next Door by Wenzl, Potter, Kelly & Laviana; and Happy Like Murderers: The True Story of Fred & Rosemary West by Gordon Burn . In my case, this isn’t new—serial killers have always held a fascination for me. But for the boys, those great old black and white movies are new ground, and they’re swallowing them as fast as they can be presented. Aiden, in particular, is Karloff-Boy: has the t-shirt, has the DVDs, only a matter of time before the action figure arrives….

But it’s set me a-thinking.

I’ve always been interested in the argument that one of the most disturbing aspects of the Nazis was their ability to bureaucratise evil—to turn the slaughter and dehumanisation of human beings into a mundane, even boring, act of civil administration. Yet it strikes me, comparing the contrasting images flittering across my evenings, that evil has always been mundane: that what we seek in horror movies is not the safe thrill of the cinema scare, but the reinforcement that evil can be easily recognised, that it stands out in such a way that we brave and noble (and more importantly, perhaps, normal) types can readily raise our torches and pitchforks and see it off. If it bleeds, we can kill it. But only if we recognise its otherness first.

Vampires are scary. Dinosaurs are scary. Monsters are scary. But the church leader, the builder, the landlord? Too much like us, too reflective a mirror. Too normal. Humanity, we’re told, has evolved past the point of micro-tribalism. We’re no longer helpless prey to be hunted down by animals bigger, stronger, and better equipped. It’s easy to band together in the face of an readily-identified monster. Easier still when the identifying marks cannot be hidden behind a smile and the living room curtains. 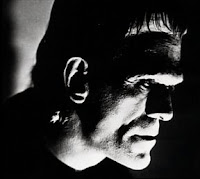 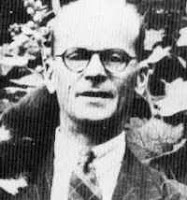 Which ones can you name? 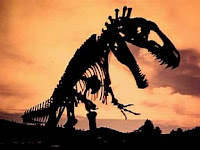 Which ones scare you more?

Actually I would tend to agree with the concept of this post. It was really rammed home to me when I was a juror on a murder trial. One of the hardest things for me during that trial was to a)realise I had to judge others & b)that they were so NORMAL looking & could they purposely take the life of another being? If you take stock & think on those two elements, well let's say it makes for some very sleepless nights!

Your post made me think (see) that it is no coincidence I came out of the dark fascination closet not too long after that trial (I *lol* think....time is so wonky in my brain).

I was brought up in a household where it wasn't the done thing to delve into darkness (coming from a parent who spent their childhood at cemetaries.....I've a twisted family). It was not to be done, nor why would you want to contemplate those types of things (cause you know it's everywhere as you've stated in your post).

Now days I'm drawn so much more openly to dark ideas & concepts (though I don't discuss it with family any longer *lol*). The intrigue gets to me the how and why of it all.